A major percentage of the Indian economy is dependent on agriculture. Millions of farmers from diverse climatic regions rely on monsoons for their daily sustenance. During times of inadequate rainfall and dry spells people are adversely affected by conditions of drought and famine. On the other hand, there are regions that are frequently affected by floods. In such a situation, irrigation projects play an important role in diverting the excess waters to the dry lands hence bringing balanced regional development.
It’s a stark reality that less than half of the farm lands in India have access to irrigation facilities. To counter this problem, the Indian government has recently decided to put many irrigation projects on fast track. The government also wants to ensure that the projects under operation are used to their fullest capacities.

The Handri-Niva Sujala Sravanthi (HNSS) project was conceived as a dream project for water-starved regions of Andhra Pradesh. The project is an engineering wonder comprising India’s longest canal that will flow from the project to a distance of 565 km. It envisages withdrawal of 40 TMC of flood water of Krishna River from the foreshore of Srisailam reservoir in 120 flood days during the period of August to November. The aim is to provide irrigation facilities to an extent of 6.02 lakh acres in Kurnool, Anantapur, Cuddapah, and Chittoor districts of Andhra Pradesh. The project also provides drinking water facilities to a population of 33 lakhs in 81 mandals and 437 villages en route the canal.

HNSS Phase-I scheme operates with 130 number of pumps with a power requirement of 416.47 MW. It is proposed to draw the flood water through an approach channel for a length of 1.75 kilometers from the foreshore of Srisailam reservoir near Malyala village of Nandikotkur mandala of Kurnool district. The water is drawn from lift cum gravity for a length of 565 kilometers. 12 number of lifts are involved in this length of canal. 5 number of tunnels are built along the canal covering a total length of 13.05 kilometers. 5 balancing reservoirs are constructed along the main canal for a total capacity of 3.81 TMC and 3 more balancing reservoirs are constructed along the branch canals for a total capacity of 4.60 TMC. In view of the large magnitude of the project, and in order to deliver early benefits, the project in taken up and completed in a phased manner. 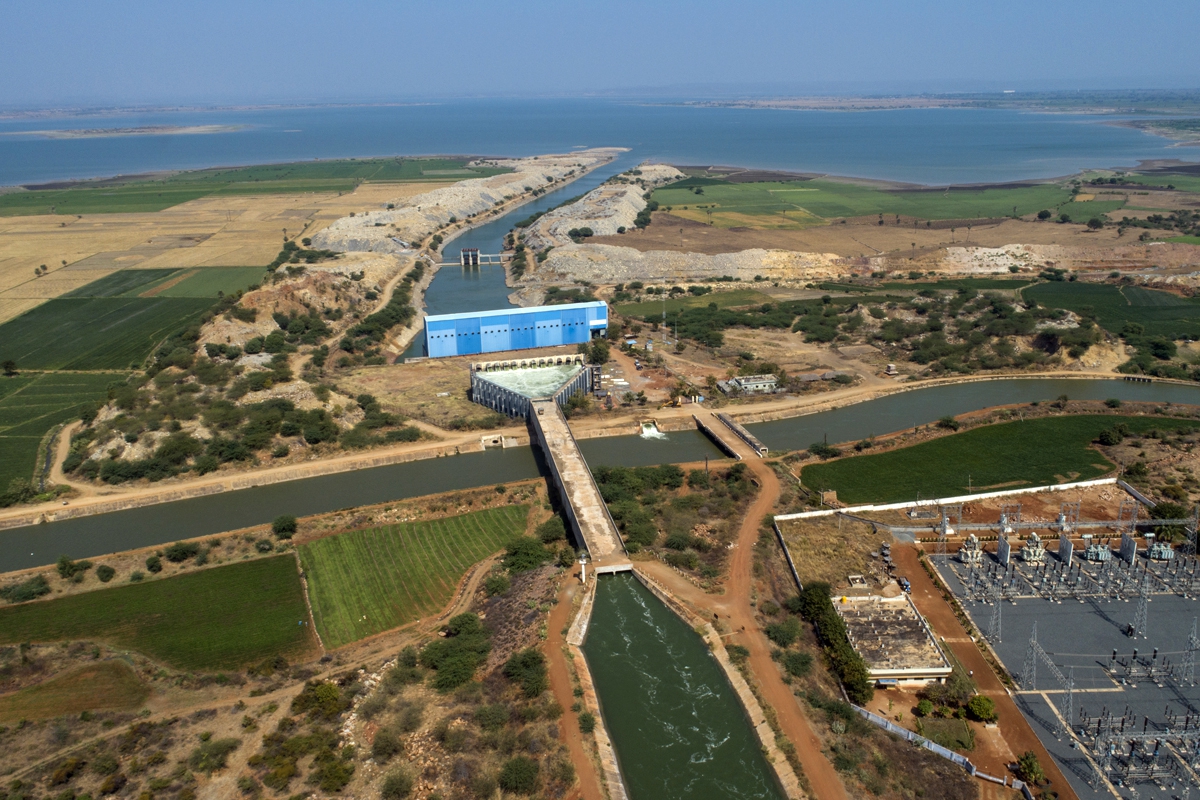 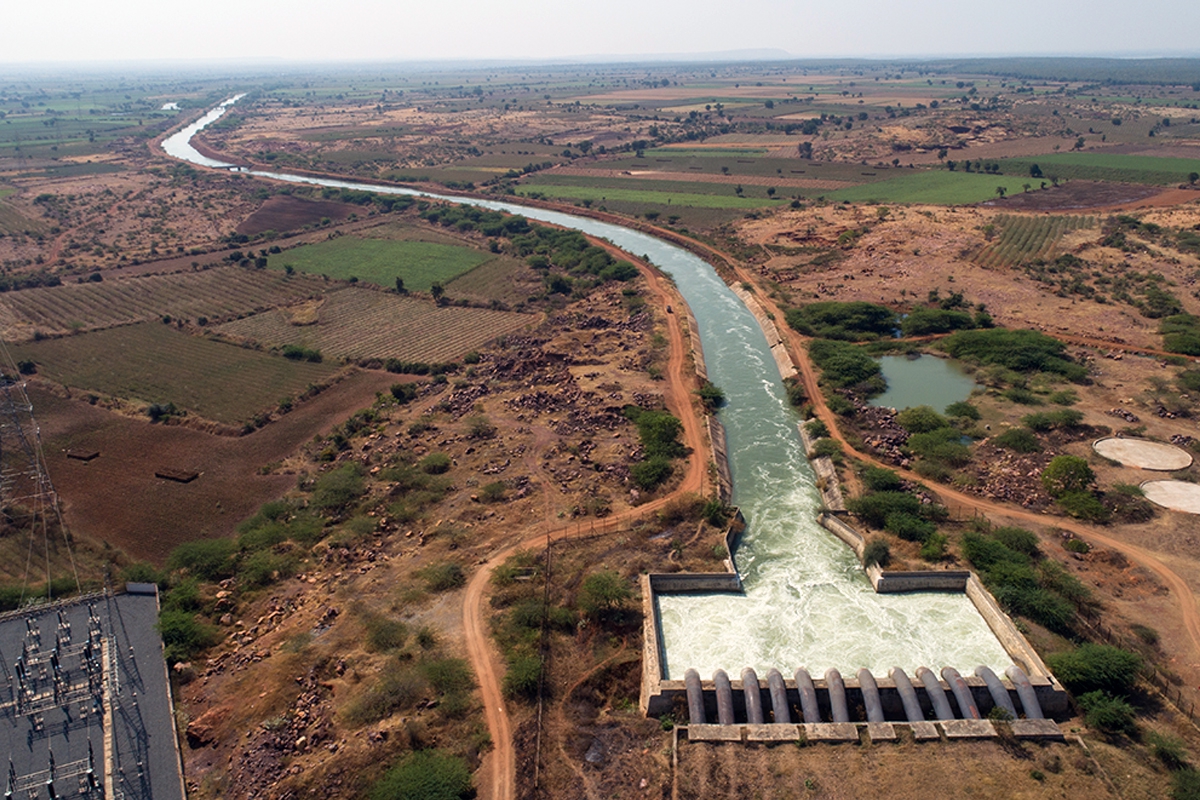 Veligonda Project, as a whole, envisages to provide irrigational facilities to 4.38 lakh acres of farmlands and drinking water to 15 Lakh people in 29 mandals of fluorine and drought affected upland areas in Prakasam, Nellore and Cuddapah Districts by diverting 43.5 TMC of floodwater of Krishna from foreshore of Srisailam Reservoir near Kollamvagu and proposed to store in Nallamalasagar Reservoir. MEIL’s scope in the project has the potential to irrigate more than 65000 acres. 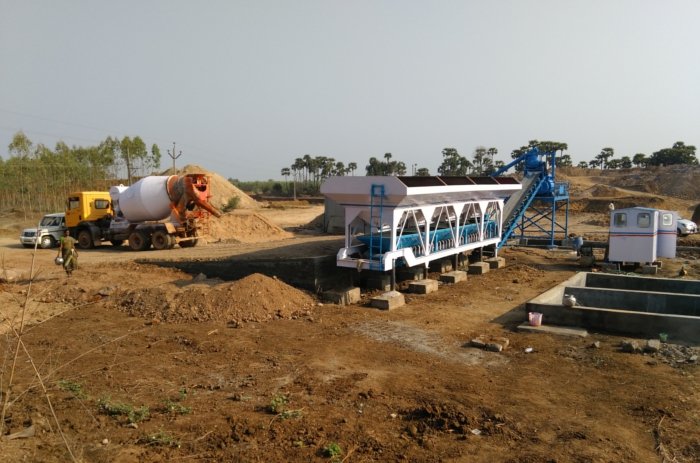 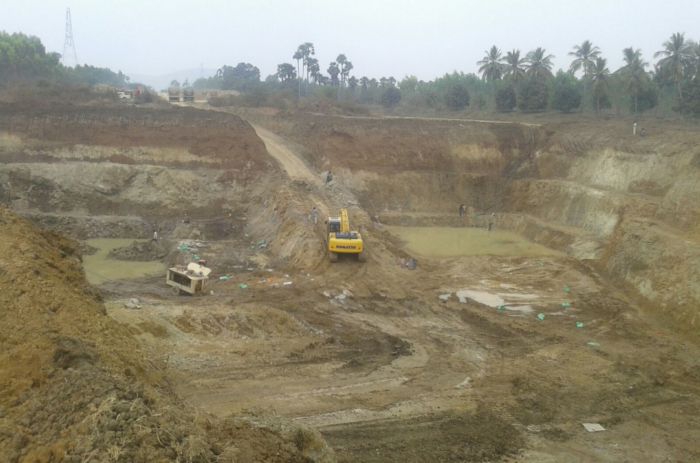 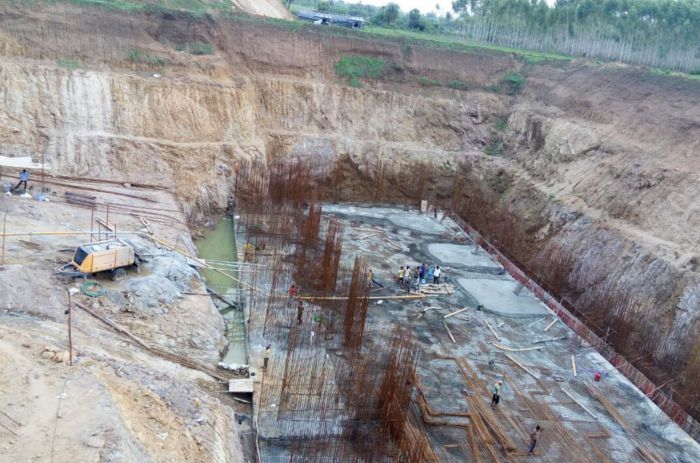 The total scope of the project translates to a carrying capacity of 1200 cusecs of excess over flowing flood water of Narmada at an estimated cost of Rs. 1533 crore. 30 reservoirs of Rajkot and Jamnagar Districts will be filled and more than 2 lakh acres of agriculture will be benefited. MEIL is assigned works relating to the execution of two packages of Link-1 of the project.

The overall project (including all phases) is the second biggest of its kind in Asia. Devadula is the place in Warangal District, Telangana, where the scheme's intake well is located. The project is specially designed to lift water from the River Godavari to irrigate lakhs of acres in the drought prone areas of the state. MEIL is assigned to deliver 3 packages in Phase-3 of the project.

The completed works in this specific package of the project include the construction of super structure of pump house, erection of pumps & motors, construction of control room, fabrication & erection of manifold, outfall structure, laying of 3 rows of pipeline of 3000 mm diameter that run across a length 116.25 km, the entire surge protection system including 18 nos. of vessels and 6 nos. of one-way surge tanks (OWST). All the 18 surge vessels (of length-18.38 Mt. and capacity-124 Cub. Mt.) were manufactured in MEIL’s Pressure Vessel Division.

The major part of the scheme was successfully commissioned in November 2014. 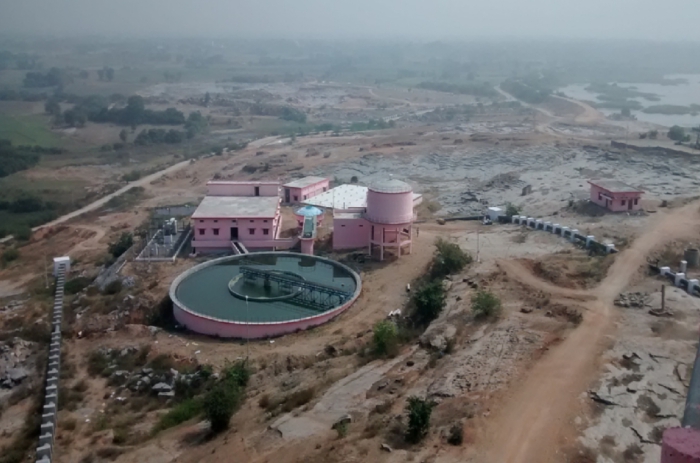 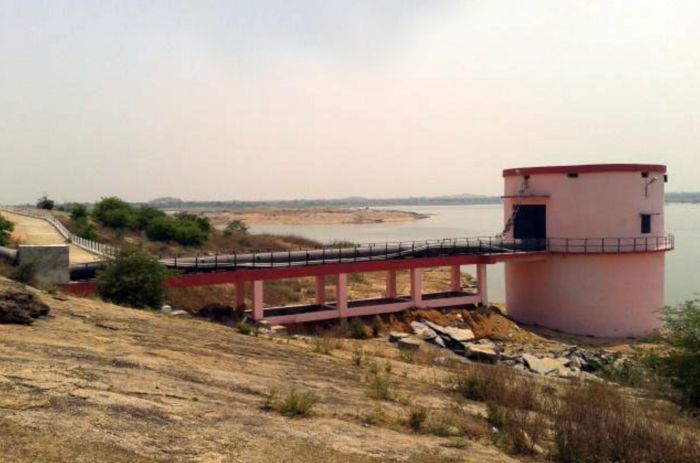 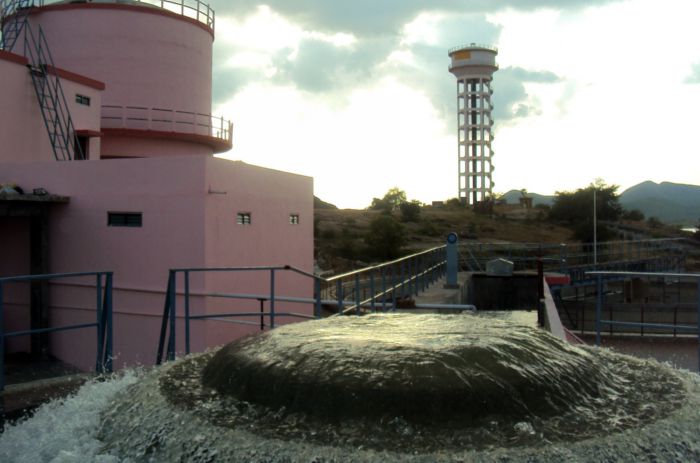 This project is also known as Yerram Chinna Polireddy Lift Irrigation Scheme. The project is located in Korisapadu and N.G. Padu mandals of Prakasam district in Andhra Pradesh.

The project envisages the lifting of 4.57 cumecs of water from Gundlakamma foreshore area to irrigate an ayacut of 20000 acres by constructing two online balancing at Korisapadu and Bollavarapadu villages, which are connected by a feeder canal to suit a micro irrigation system.

The GRP pipeline used in this project is the largest diameter (for GRP pipes) used in MEIL projects.
In spite of facing many hurdles due to delays in land acquisition and non-release of power supply, the project team has stepped up and successfully commissioned the project.
The scope of the project also includes an operation and maintenance period of 15 years. The project client is Irrigation & Command Area Development Department (I&CAD), Andhra Pradesh. 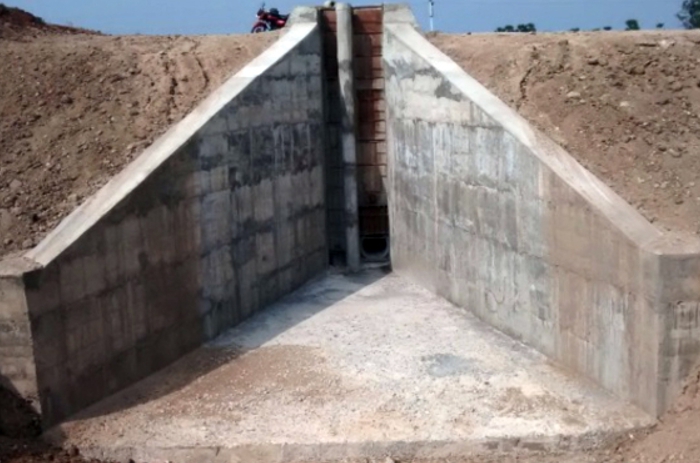 The complete scheme is contemplated as a multi-purpose project which will be the first of its kind in the state to facilitate intra-basin transfer of water. Designed for lifting 1,800 cusecs from River Godavari in three stages, it will benefit 2,00,000 acres in Khammam, West Godavari and Krishna districts in Andhra Pradesh besides generating 76 MW of hydel power.

MEIL is entrusted with the execution of 3 packages (out of 7) that will cater to 20000 acres in Khammam district of Telangana.

In addition to the existing segments of Kaleswaram project, MEIL was entrusted with the execution of Medigadda, Annaram, & Sundilla segments. These are some of the new and redesigned segments of the Kaleswaram project. The management has engaged multiple teams, comprising of engineers and thousands of manual workers, to execute these works parallelly on a 24x7 basis. The target is to complete all works by the kharif season of 2018.

On a similar scale, MEIL’s skills in investigation, design, engineering and construction have also been employed across India with a great degree of success in complex projects like Khargone LIS, Muchumarri LIS, PCLIS project etc.

The NKSL Project is one of the first river integration projects to be executed in India. The project was successfully commissioned by MEIL on 27th March, 2014. In view of the project’s scope and top priority to drinking water requirements of Malwa region, the MEIL team, through diligent planning and extraordinary execution skills braced itself to complete the project in record time. NKSL project provides water to lakhs of people in numerous towns and villages in the Malwa region of Madhya Pradesh. 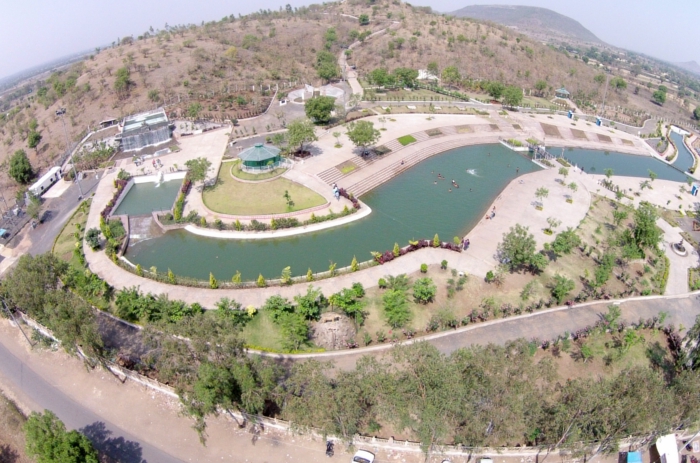 The aim of the project is to integrate the two major rivers in the state ‐ Godavari and Krishna, so as to provide water in the drought-prone regions of Rayalseema. Owing to its rich expertise in the field of irrigation projects, this challenging and time-bound task was assigned to MEIL.

The project is aimed to irrigate an area of 7 lakh acres approximately. The project was completed on time and it has earned numerous accolades as the fastest river integration project ever taken up in India.

To meet the tough deadlines of the Pattisam Project, the management of MEIL mobilized and deployed all its resources and manpower with the purpose of successfully completing the project on time in adherence to all quality guidelines. 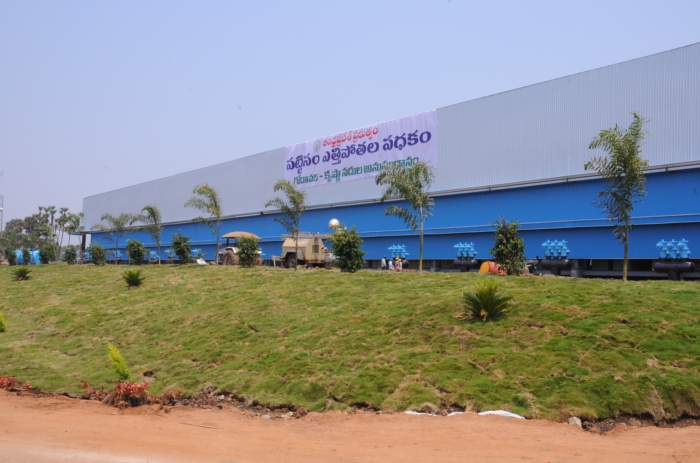 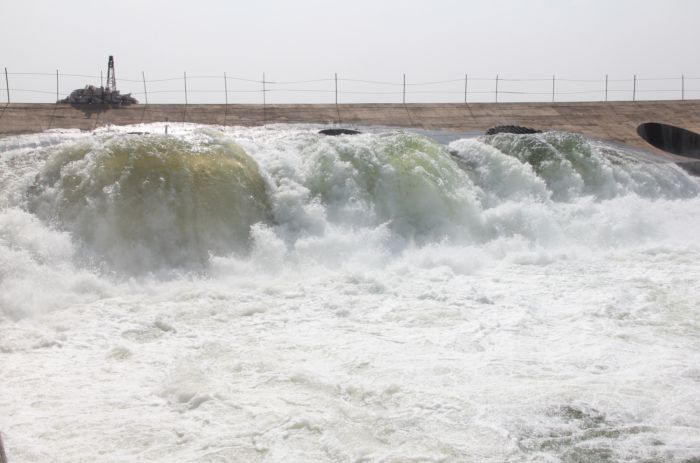 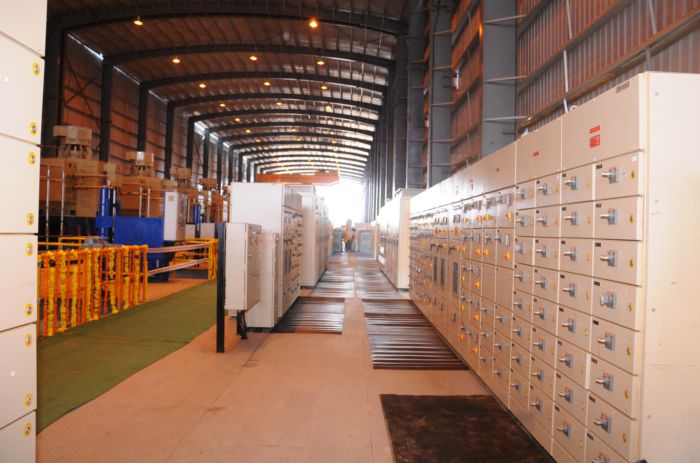 This project was taken up by MEIL and NETAFIM as a joint venture in the state of Karnataka. It has turned into a model project for large scale drip irrigation projects and is one of the largest in Asia.